So Good faith = Fiduciary Duty in Oz, does it? 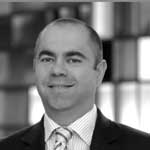 I do not know how Mr. Bruce McFarlane of Hall & Wilcox, Melbourne, Australia qualifies as a franchise law expert.

His interpretations of good faith and fair dealings provisions within franchise law are suspect to say the least.

In a recent article Mr. McFarlane seems to criticize the mere call for good faith within franchising:

Another conflict point, McFarlane argues, is good faith negotiations, a policy endorsed by the joint meeting of Small Business Ministers in May this year. Here, parties to a franchise are urged to deal with each other in `good faith’ and adopt ‘fair dealing’ practices.

McFarlane makes the breathtakingly unsubstantiated claim that good faith provisions creates a fiduciary duty. This is simply, like, wrong, wrong, and then again, wrong.

”This creates a fiduciary relationship,” said McFarlane, ”which goes beyond the relationship that they already have. It’s not like an employer relationship. You’re expected to do your own due diligence and run the business and be fully informed of the risks.

Next, McFarlane goes on and overlooks the central feature of all franchise relationships: that franchisees are vulnerable to franchisor overreaching (opportunism) because they have their life savings sunk into the store.

Franchisors know they can exercise their discretion under any flimsy pretense to act in a predatory way because the franchisee will not abandon their investment (easily).

”The Code clearly says you need independent legal and financial advice. So if the franchisee speaks to their lawyer and accountant then why should the franchisor have an additional duty to look out for them?”

I do not know what Mr. McFarlane’s fear mongering is all about. But I do know no competent law academic or North American franchise lawyer (where good faith and fair dealings have been with us for 40 years with absolutely no fiduciary in sight) would defend his position.

Welcome to the continuing betrayal of Oz Mom-and-Pop franchise investors.

This entry was posted on Wednesday, June 25th, 2008 at 8:17 pm and is filed under Lawyers as businesspeople, McLaw: Make-believe fairness, Opportunism. You can follow any responses to this entry through the RSS 2.0 feed. You can leave a response, or trackback from your own site.