Franchising is much riskier than independent business 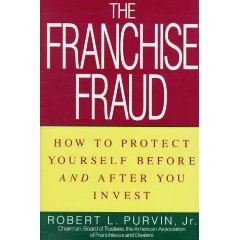 The franchise industry is well-known for its hyperbole bordering on propaganda.

For the latest example of these half-truths and silent misrepresentations see a recent modestly named article: Franchising to the Rescue.

In my opinion, this is an unnecessarily biased and dangerous article for small business investors.

It’s assumption is that franchising is a safer investment than independent business. That claim has been exploded for at least 10 years and totally ignores the recent New Zealand experience with Blue Chip and Green Acres.

All the credible academic research comes to the opposite conclusion: Franchising is much riskier than independent business.

Research: There is an big quality difference between true academic work [published in refereed journals, funded by public money] versus private research [biased, paid for by interest groups]. It is not enough to say that there are no reliable statistics and then go ahead and spout off unsubstantiated figures.

Publishing these self-serving guesses [with zero opposing opinions] is bordering on reckless media behaviour. Mom-and-Pop investors are risking their life savings and homes, after all.

Timothy Bates: In 1996, this university professor published an academic study that rocked the franchise industry. Bates was contracted by the Office of Advocacy of the U.S. Small Business Adminstration to look at survival patterns of franchised and non-franchised businesses.

Within the report itself, Bates said:

U.S. Government: On June 24, 1999 Dr. Bates appeared before the U.S. House of Representatives’s Subcommittee on Commercial and Administrative Law. The Oversight Hearings on the Franchising Relationship were called to review the state-of-the-union in American franchising. Click here for a .pdf copy of his testimony.

Findings of my research indicate that new and small franchisees are more likely to discontinue operations than independent startups, and this holds true when firm and owner traits are controlled for statistically. One clear-cut finding was that franchisees starting by purchasing the firm from a previous owner were riskier than franchisees starting from scratch. A person entering self-employment by purchasing an ongoing franchise risks acquiring a firm that is more likely than a de novo startup to go out of business within the next few years. [my emphasis]

These Kiwi industry gentlemen know all about

This entry was posted on Thursday, July 24th, 2008 at 8:46 am and is filed under Class acts, Downloads, Media, Writers. You can follow any responses to this entry through the RSS 2.0 feed. You can leave a response, or trackback from your own site.

One Response to Franchising is much riskier than independent business