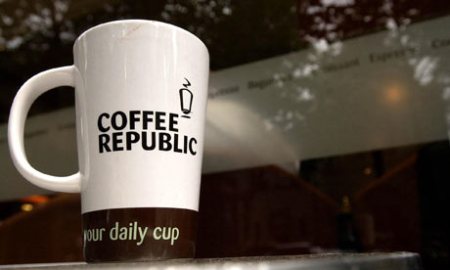 Federal insolvency laws can be misused and almost no one seems to care.

I’ve seen it up-close in Canada and studied it happening in Australia. The U.K. is not immune.

The recent Coffee Republic administration as reported by the BBC fits this model very closely.

Insolvency is supposed to be a way for corporations to survive without the disruption of bankruptcy.

Insolvency/administration was never meant to enable a franchisor from cynically breaking 100% of its franchisees’ and landlords’ contracts while lining the pockets of the legal and integrated accounting firms.

I have seen this up close in 2001 (Country Style) and continue to see this maneuver today in cases such as Kleenmaid in Australia.

Why would a Franchisor go Intentionally Insolvent? To break the lease contracts with their landlords and to coerce a better deal from its secured creditors. (Almost all retail-based franchisors hold the head lease and sublease to the franchisee because it is cheaper and faster to evict than terminate a franchise agreement.)

A franchisor (aided by his very skilled lawyer) creates 3 or 4 corporations: one holds the lease, one the franchise agreements, maybe an opertation one and one for equipment. They then stage a financial crisis in the companies that you want to shed (like a snake) and then keep the assets to be “sold” by a friendly accounting/consulting/trustee.

BTW: this professional conflict of interest is precisely why professional accounting firms (after Enron) have drawn an “iron curtain” between their accounting, consulting and trustee work. That’s the pretense anyway…

The circle is completed with the secured creditors (mostly franchise industry specialist bankers who are wise to the scheme), vote to accept the offer of presented by the trustee from a “miraculous” hand-picked white knight new investor.

Speed is good in this case so as to Cool out the Mark.

So it goes in franchising: the Franchisor sheds his inconvenient debt while his Courtiers make breathtakingly massive fees for advising and carrying out the charade.

Professor Jenny Buchan on behalf of the Australia CPA goes into detail in her paper called When the Franchsior Fails. An excellent primer on what happens when the franchisor falls on their sword: by accident or intent.

This entry was posted on Tuesday, July 21st, 2009 at 2:35 pm and is filed under Intentional insolvency, Lawyers as businesspeople. You can follow any responses to this entry through the RSS 2.0 feed. You can leave a response, or trackback from your own site.

3 Responses to Coffee Republic UK: a dirty insolvency, lease burning party and flip to a brother-in-law?