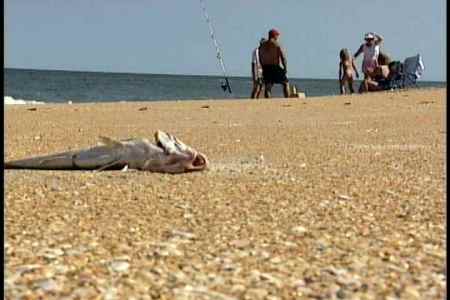 A  dead fish’s reputation washed up on the shores of Australia last week.

Carol Cross is a friend of mine.

She drives me crazy at times with her repetition. But, then again, I irritate people too. 🙂

I allow anyone to post on FranchiseFool. Carol tells me she is still banned from contributing at the FranchiseeFishNet.org.

This is unacceptable to me.

Carol cannot even see The Fish on her computer: that’s right, she’s that blocked. This is wrong on so many levels.

It’s not wrong because she’s my friend: It’s evil because she is  a person. Plus a citizen of the greatest democracy on earth. A veteran’s wife. A former franchisee invest0r.

This is  offensive to anyone that ever believed in the right of free speech, natural justice, military honour, the rule of law, democracy…

If you feel you “have to” block, censor, gag or burn books, you better take another look at your business model.

And, I suggest, the “friends” you have as advisors.

Any industry that can be shown to be fascists by an  little old lady isn’t deserving of any investment, let alone respect.

PS: I was stopped for a day (Nov 12, 2009) as a registered contributor to The Fish last week. I’ve put up with 1,001 cheap shot comments for a full 3 years (459 points) now. I have no fishy, behind-the-scenes telephone calls: I never explain or complain or apologize. I had to post as a Guest and was reinstated for a day.

My offense?  I wrote and posted a very valid post (I think) about economic fascism (Arguments in the Service of Power (subjective truth)) that was clearly addressed to Ray Borradale in Australia. I intentionally hid the Hitler, Goebbels and Mussolini quotes. I wonder when the post will be deleted? Good thing I captured it beforehand.

If anyone else alive or brain-dead took offence to having their behaviour compared to fascists…well..if the show fits…

Then the fish goes ahead and wears it.

That post and and 16 McLuhan quotes were thrown into the fish’s text ghetto: Ranter’s Soapbox, Way Off Topic Posts.  This is where all politically honest objective truth posts are put.

I was reinstated and my posts exist (for now). Some old lady named Carol is still is banned from the fish. I tested the waters, intentionally, one day after Canada’s Remembrance Day. My parents both fought and my Uncle Neil died resisting historical Nazis in WWII. I was not going to be bullied by a Guest troll.

You decide if totalitarianism is alive or dead in franchising today. Who is crooked, misleading and/or tyrants?

Either way, your comments are welcomed.

This entry was posted on Monday, November 16th, 2009 at 3:08 pm and is filed under Franchise Veterans: A distinct people, Greatest lies are told in silence, Writers. You can follow any responses to this entry through the RSS 2.0 feed. You can leave a response, or trackback from your own site.