Franchisee emancipation: It’s a matter of when and who has control of it, not if

Millions $ are wasted in franchising because of franchisees’ passive resistance to even very good, mutually profitable franchisor-led inititiatives. 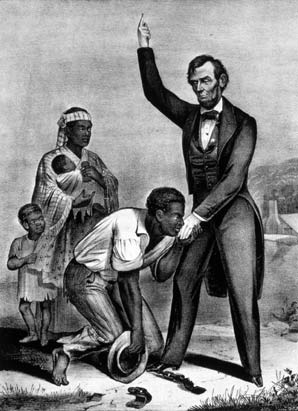 If franchisees perceive themselves to be indentured into a form of slavery, Who is their Lincoln?

What then did you expect when you unbound the gag that muted those black mouths? That they would chant your praises? Did you think that when those heads that our fathers had forcibly bowed down to the ground were raised again, you would find adoration in their eyes?

This entry was posted on Monday, July 2nd, 2012 at 6:56 am and is filed under Debtors are slaves, Emotions, Franchise supremacists. You can follow any responses to this entry through the RSS 2.0 feed. You can leave a response, or trackback from your own site.