Why is Lick’s Homeburgers & Ice Cream being killed off by its franchisor?

What franchisor sends this message to the retail market? 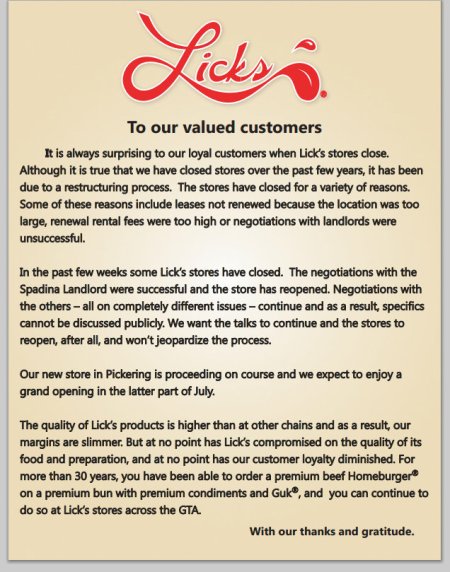 Is it in acting in bad faith by destroying all existing Lick’s franchisees’ equity?

The franchise bar, with perfect foreknowledge, will take what is left of their money in what will be (in the end) a hopelessly futile attempt at legal justice in Ontario. Talk to your premier and your small business loan provider not your a franchise lawyer.

This entry was posted on Saturday, June 29th, 2013 at 3:17 am and is filed under bad Lease hunting, Bankers, Despair, FranchiseBanker.ca, Greatest lies are told in silence, McLaw: Make-believe fairness, Opportunism, Predatory franchise lending, WikiFranchise.org. You can follow any responses to this entry through the RSS 2.0 feed. You can leave a response, or trackback from your own site.