Number of closed stores and terminated Canadian franchisees is both unknown and unknowable because of lapdog disclosure rules. 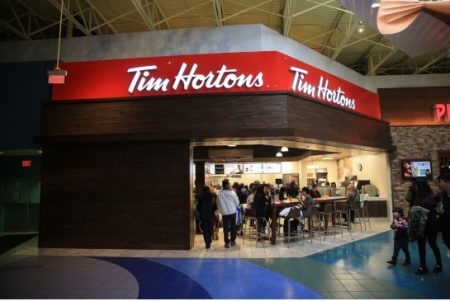 An interesting article in Canada’s largest daily newspaper, Tim Hortons closes locations in New York, Maine, (subheadline:
Coffee chain refuses to say if it has closed any Canadian outlets. It has reportedly closed more than 20 stores in the U.S.):

Tim Hortons has closed down many locations across New York and Maine, only a few weeks after reporting a profit of $49.6 million (U.S.).

The coffee chain would not confirm if any Canadian outlets had been closed or how many U.S. stores shut.

And also in a press release:

“As we build the foundation for accelerated growth in the U.S., we have decided to close some restaurants in New York and Maine.

Comment on article by reader “Relax”: Apparently, Tim Hortons has figured it out. The best way to “accelerate growth” in the US is to start by closing stores.

Canadian Franchise Industry Much More Secretive: Franchisors in the United States are required to report the number of stores and franchisees closed, terminated, etc. each year. There is even public access to their Franchise Disclosure Documents (see California’s search template: Tim Hortons USA Inc). In Canada, provincial ministries do not require franchisors to publish this data. So sad for investors or journalists or the captured franchisees’ billions of investment $.

Franchisors have traditionally sent signals to their franchisees on how they would be treated if they’re not seen to be “on the team”. Normally, the most vocal are out first.

Word from Canada is that the franchisees has it that their stores have never been more profitable.

The real prize is on the (surviving but fewer) CDN franchisees’ income statements.

This entry was posted on Monday, November 23rd, 2015 at 10:34 am and is filed under Confusion & Deceit, Culture, Greatest lies are told in silence, Information sharing, McLaw: Make-believe fairness, Ontario Arthur Wishart Act (Franchise Disclosure), 2000, Private Equity piracy. You can follow any responses to this entry through the RSS 2.0 feed. You can leave a response, or trackback from your own site.