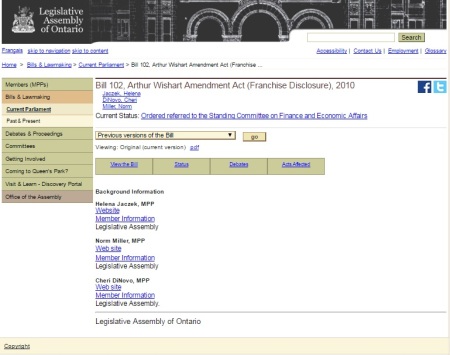 This entry was posted on Thursday, June 8th, 2017 at 6:23 pm and is filed under Big Franchising, Breakdowns are sometimes breakthroughs, Canadian Alliance of Franchise Operators CAFO, Credence good Cheaters, Lawyers as businesspeople, Ontario Arthur Wishart Act (Franchise Disclosure), 2000, Opportunism, Private Equity piracy, WikiFranchise.org. You can follow any responses to this entry through the RSS 2.0 feed. You can leave a response, or trackback from your own site.