Obedience makes a “great” franchisee in profitable peace time, but sucks when war has been declared.

Deference to authority is a very highly selected-for and regarded trait within franchising.

Surviving as a franchisee wires your brain in a certain way.

Over time, especially when you’ve prospered like in Tim Hortons guys have done in 50 years, you’re trained to behave in a certain way.

You’re taught and you accept to learn to be helpless.

Tony Martin: Why 100,000 CDN franchisee families should keep his family in their thoughts.

The Arthur Wishart Act (Franchise Disclosure) Act, 2000 exists because of Martin. He draws people together is a way only an Irish immigrant could. 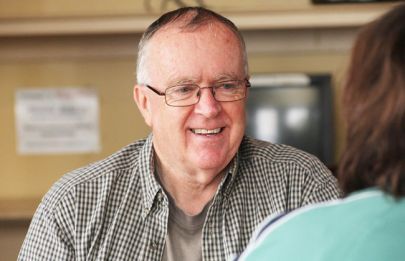 I would suggest ALL franchisees, everywhere, who know enough to value the legal protections that “good faith, fair dealings and commercially reasonable” might give to their life, recognize this, faith-filled parliamentarian’s fearless role in not managing but eradicating  predatory industry practices, starting in 1996.

As reported in the Sault Star, NDP colleagues offer words of support after Tony Martin hospitalized after suffering stroke:

He said Martin’s family is by his side.

My thoughts are with Bud, Madge, Karen and Jacques and especially Anna and their children.

That’s the duty of a true priest.

To make sure young people don’t get hurt too badly in their 1st experience of the sacred.

It’s a wonderful thing to be in the presence of somebody whose consciousness is informed by the visionary world which he has experienced.

But that’s not very frequent.

I’ve been trying to write my way out of it ever since.

Bruce Springsteen talks to Elvis Costello about growing up as a Roman Catholic boy.

Costello: We both were brought up Catholic, I believe.

Springsteen: You did well with that.

Costello: I worked on that angle for a while.

I got to say, for a Protestant from east Belfast, Van Morrison has a lot of the Holy Ghost in him. It’s like: He can just go and I’ve seen him sing his own songs, I’ve seen him turn into the kind of abandon that you only see in the great R&B singers, the great blues singers.

But it’s a funny thing. I look back and I have a lot of harsh memories of my childhood. It was very strict religion at the time, etc. and blah, blah, blah.

But at the same time it was an epic canvas. And it gave you a sense of revelation, retribution, perdition, bliss, ecstasy. When you think that was being presented to you as a 5 or 6 year old child. I’ve been trying to write my way out of it ever since, you know.

Costello: I completely agree with you.

Springsteen: And it ain’t going to happen.

You were taught to hate yourself

But can you hate just yourself?

What about the more vulnerable in your family.

Your spouse and kids.

You have the right to squander their lives by not resisting?

This goes for franchisees as well.

Freedom is not free.

You have to take it.

Backing out the religious framework, if anyone were listening…

Do franchisees have ears to listen to James H. Cone?

Economic inequality has never been greater in North America.

I work for those with a future in franchising

The rest will be swept away. 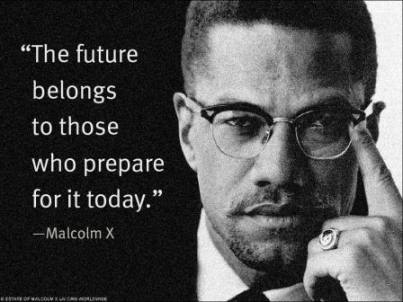 Power never takes a back step — only in the face of more power.

The first month that an independent franchisee association survives proves that franchisees are more powerful than any franchisor.

Maybe a little help with tactics and training…

If you got to give up your life up, let it be even-steven.

Malcolm X on the difference between House & Field Negroes.

I for one believe that if you give people a thorough understanding of what confronts them and the basic causes that produce it, they’ll create their own program, and when the people create a program, you get action.

Watch him on a Canadian game show broadcast on Jan 1965 called Front Page Challenge (after Mecca). The minister was slain within six weeks.