In my opinion, no. 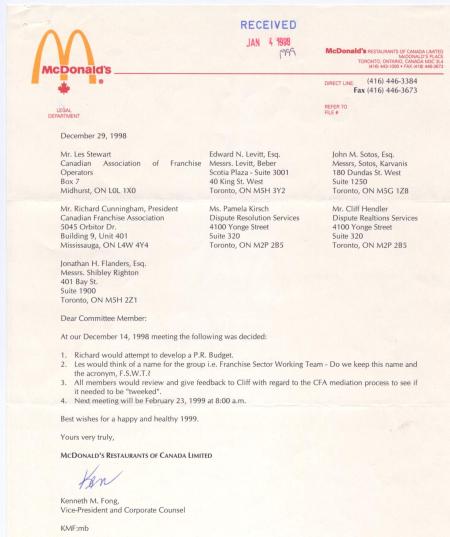 Why I believe this goes back a little ways.

No Law: In 1998, Mr. Ken Fong, McDonald’s Canada, VP and Corporate Counsel formed an industry  committee together to discuss ways and means to have industry disputes heard in other than the Courts. I attended as the founder and president of the Canadian Alliance of Franchise Operators, CAFO the 1st and only national franchisee advocacy group.

In Feb 1999, I was vigorously questioned by a couple of the 2nd Tier attorneys on the committee about my unwillingness to accept a “disclosure-only” law solution. The industry wanted a law to give an impression of order and oversight in what was seen as the “wild west of the business world”. They wanted what I subsequently defined as a McLaw: toothless legislation designed to protect the dominant parties.

It became apparent at that meeting that CAFO either:

I quickly showed the work we had done on the corporate Identification of a proposed industry dispute resolution process, thanked Mr. Fong and shook his hand, and left the meeting.

McLaw passed: In June 2000, I sat with some other franchisees in the opposition guest gallery at the Ontario legislative assembly and watched the Canadian Franchise Association get the law they wanted: Arthur Wishart Act (Franchise Law), 2000.

However, the Ontario judiciary are not easily intimidated, black-balled  or threatened.

Judge-made law: Provincial court justices are smart, independent-minded (no elections) and not easily fooled. Since 2000, they have tended to assume that the Wishart Act was passed as a sincere piece of legislation and that its intent was to protect franchisees.

I listened to Chief Justice Winkler last year at the Ontario Bar Association’ Franchise Law Conference in Toronto and he was just great! He told the +100 attorneys that every justice knows the “deal” about franchising because they have all had franchisee clients before being called to the bench. One of the two attorneys at side seemed a little ill-at-ease.

I can hardly wait for Thursday to see what Ms. Debi M. Sutin (Gowling Lafleur Henderson LLP) and Ian N. Roher (Teplitsky, Colson LLP) as co-chairs will be presenting.

Would it be better to have no legislation? That’s a no-brainer. 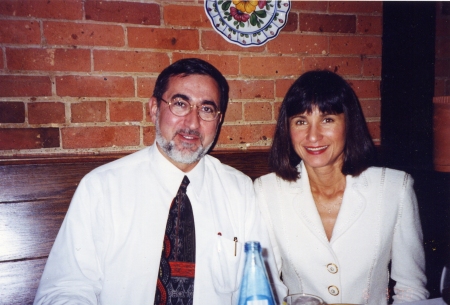 The public hearings that led to the Ontario Wishart Act (Franchise Disclosure), 2000 started on March 6, 2000.

Mr Martin: Would it be better to have no legislation than to put a piece of legislation in that gives people a false sense of security, given some of the statistics?

Mr Sotos: That obviously is a no-brainer. The purpose of legislation is remedial, it’s to correct a problem. If the legislation doesn’t achieve that, then I think it’s misplaced.

“That obviously is a no-brainer.”

The case for repealing disclosure laws 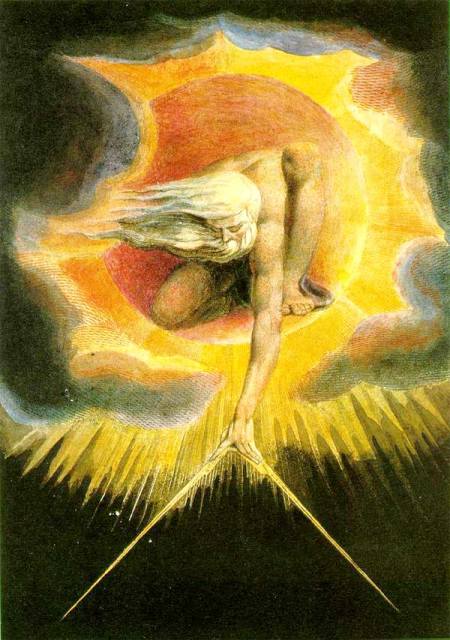 Any law exists because those most able to compete for it goes to the political process and wins.

This is how the Ontario franchsie law went in 2000. I was there.

Sure a few attorneys were made multi-millionaires (continue to blackball, block and betray sincere advocates), the franchise bar has reached record numbers (God love those disclosure document revisions!) while the 2nd-worst-chumps, the false protagonists (the franchisors) got  a short-term sales bump but their reputation continues to nose dive.

On any legitimate public policy level, the Arthur Wishart Act is a complete and total failure.

But as a way to launder mom-and-pop life savings via dim-witted franchisors?

Priceless to the true champions of tyranny (the franchise bar legal elite).

Does the Wishart Act belong only to the franchise bar? 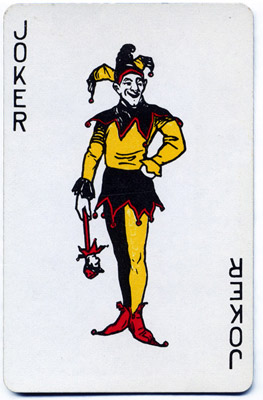 I went to a terrific franchise law meeting in Toronto.

Sure there are some dinosaurs around but they just reveal themselves for what they are.

No need to shout or leap about.

Room enough for everybody.

Is your paper boy a franchisee?

Maybe not the urchin on the street but maybe those that deliver his papers to him.

My understanding is that there are 3 types of legal business relationships in Ontario:

It seems everyone is happy to consider them as independent contractors but I’m not so sure.

The Ontario Wishart Act defines a “franchise” (at a minimum, based on the U.S. FTC Rule) as having 3 elements:

Humm…seems like someone could claim that this commercial relationship is in reality and in practice, a franchise and not an independent contracting arrangement.

No one that I’m aware has asked an Ontario court or labour tribunal to determine what actually is and is not a franchise since Wishart was passed in 2000. I’d hate to think that the owners of Canada’s major newspapers are failing to write honestly about franchising because they may have become “accidental franchisors“.

This is an excellent article by Thomas M. Pitgegoff on the topic of these “hidden” franchises.

“professional” journalists stop writing about franchise abuses (after the jurisdiction’s 1st toothless law is passed) because they don’t want to draw attention to the fact that their own distributors are now unintentionally franchisees — a secret which would be an expensive hit to an already dying industry.

They talk about an “iron curtain” between the editorial and business sides of newspapers. This is, again, much more of a theory than a practice especially when high levels of corporate concentration, plummeting ad revenue and vertical integration are considered. Franchising is almost never written about now in anything other than an advertorial manner in Canada’s elite daily newspapers (eg. Toronto Star, Globe and Mail and Natinal Post) since Wishart was passed in 2000.

The underlying abuse has not been solved:

Accurate reporting is almost extinct except by non-professional journalists in the new media.

I continue to send out news ideas, run WikidFranchise and continue only to be interviewed by American journalists.

No wonder only fools as I read these papers anymore.

Why so negative, Les? 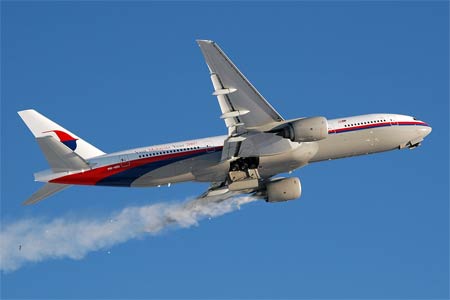 I was asked that very question last week.

It kind of caught me off guard.

I blurted something out about my writings not being at all negative from a mom-and-pop investor viewpoint.

But that wasn’t right enough.

Considering the unrelenting buy, by, bye industry spin, a word or two of caution doesn’t seem to be too much to absorb.

Now if the arrivals and departures were actually counted, we might get an appropriate investor and legislative response.

Fraud is a game with little downside risk 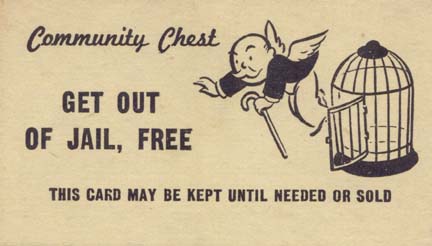 Detective Fred Kerr makes some excellent points in this Toronto Star article, Views from behind a fraud detective’s desk.

The sentences we’re getting in Canada are truly an embarrassment, because they’re so low.

A few years ago I had a $7.5 million investment fraud in Vaughan, a Ponzi scheme. He was targeting teachers … 35 people lost $7.5 million. Some people mortgaged their homes to invest with him. Some lost their life savings. He was sentenced to 4 1/2 years in jail, but realistically he was out on the street after just 13 months.

Q: What can be done to keep criminals behind bars longer?

A: The federal government recently introduced legislation to change that, so white-collar criminals will spend more time in jail. It’s long overdue …

Low sentences and conditional sentences served at home aren’t enough. We call it “make-believe jail,” because people are sitting at home and it’s hard to enforce. … There’s no deterrent there.

Q: What signal does that send?

A: In Canada we see a lot of people re-offending. That’s common. We re-arrest them many times and then they’re back on the street.

If you’re thinking of buying a franchise, talk to an experienced copper. They know how next-to-impossible criminal fraud is to prove and how expensive the civil justice system is.

This is how I saw the story on WikiFranchise.org as it relates to my experiences in franchising.

Existing laws are a result of a competition.

A competition of interests, normally between opposing groups.

Any statute exists because:

Franchisees face the combined strength of what I have defined as Big Franchising. The pathetic state of Canadian franchise law is the predictable result. Ontario, PEI, Alberta and (sort of) New Brunswick have specific franchise laws.

In Ontario, the relevant law is the Arthur Wishart Act (Franchise Disclosure), 2000.

I helped push for the first Ontario, starting in 1998. I was even an expert witness at the public hearings. The Wishart Act was sold to me as a “compromise” or as a “first step”. Those were lies and I believed them: then.

The Ontario government has refused to listen to repeated calls for improving the laws, from franchisees.

Privately, many MPPs know the score but Big Franchising blocks for their friends to the Premier.

The industry had a problem in the lat 90s: they couldn’t sell as many outlets because of very high profile nightmare cases such as Pizza Pizza or 3 for 1 Pizza and Wings.  They needed a fake law (McLaw: make-believe fairness) and they got it. The Ministry of Consumer’s reaction to  Country Style’s alleged dirty CCAA and the Grand & Toy mass terminations confirmed that.

The high cost of litigation and the franchise bar’s “filtering process” sees to that.

The law needs to change to become relevant or be abolished.

Ontario had very thorough public hearings in 1970 and 2000. Australia has had 2 state franchise inquiries and a national one in 2008. The U.S., almost too many to count.

The results have been the same:

If you substitute franchising for the environment in this Yes Minister video you can see why. Those most able to exert pressure on the public service and politicians frame the argument against a very divided and naive opposition. The laws that exist are there as a sales aide. 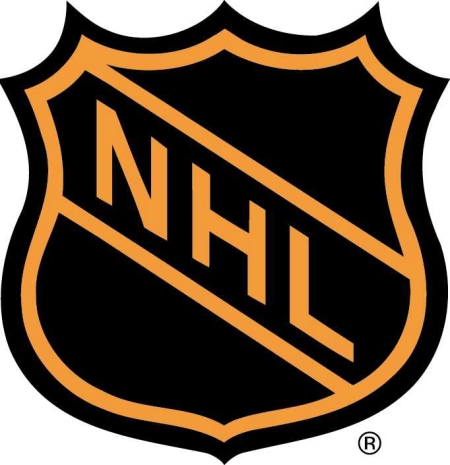 The law creates just outcomes only in some cases.

In franchise law, the justice is delivered to those that control access to the Courts and the political process. Only franchisors and large franchisees have that clout.

The latest proof of this policy and law bias, is that the NHL and the Toronto Maple Leafs should be sued in an Ontario Superior Court for their unfair dealings, racketeering and extortion activities.

That won’t happen because franchising and especially sports franchising is a monopoly game played by insider credence good cheaters.

But: Why not try the bastards in a virtual Court room? I propose a McKangaroo Court to ease our pain. A mock trial for a phony form of competition (ie. sports franchises).

Hockey Maniacs: In southern Ontario, pro hockey is a God. The Toronto Maple Leafs have been able to sell out every game for over 40 years by providing, at best, a fitfully mediocre product (eg. a competitive sports team). Think of the Big Auto before Toyota and Honda showed up.

The Leafs owner’s are monopoly players in the world’s most lucrative hockey market. A normal fan can only dream of attending a game with their kids anymore.

But other 30 NHL owners (franchisees acting like franchisors, 25 which are U.S.-based cartel) have other ideas. And the encroachment  kickback to the Leafs and Buffalo Sabres is extortion: plain and simple.

The Globe and Mail reports on legal action, taken by the current owner of the Phoenix Coyotes in an article, NHL acting like ‘illegal cartel’, Coyotes charge:

“The NHL is excluding competition and restraining trade in [the United States and Canada] through the application of unreasonable restrictions in its constitution and bylaws, which are preventing the relocation of the Coyotes from Phoenix, Ariz., to Hamilton, Ont.,” said the lawsuit filed yesterday in Phoenix.

Remember: monopolies are “bad” because they creates market inefficiencies and distortions that are manifested in these very real and pernicious anti-competitive practices:

I think the citizens of southern Ontario deserve to have their pro hockey fix met by the appropriate franchising corporations.

The Maple Leafs and the NHL  show their contempt for their real customers (ticket holders) by continuing to run their robber baron scam. For these offenses, they deserve to be sued.

And I bet there some CDN hockey nut franchise legal beagles that’d love to write up the arguments.

In this way, the problems that non-billionaire business format franchisees endure can be explained to the public while showing where the real weasels live.