Between the franchisee and family versus the franchisor’s and franchisee’s lawyer, franchise banker (especially predatory lending), landlords, and suppliers.

Non-disc;losure contracts make a mockery of pre-sale due diligence by prospective franchisees.

I pray that the parents of franchise bar lawyers can forgive their brats for squandering their lives trading in franchisee deceit.

Is there a special place in hell for those that prey on the most vulnerable?

Fifty per cent (50%) of franchisees who lost their life savings to common industry practices are ready to spin the wheel a second time.

Predatory franchising and the franchise bar rely on you misunderstandding the core reason for your economic loss. 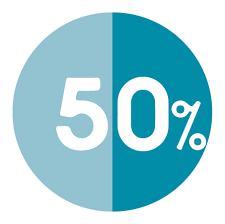 It’s not the brand that will save you a 2nd time.

As I mentioned before, Right to Associate is the “game changer” for intelligent groups of Canadian  franchisees.

TORONTO — Tim Hortons franchisees who created an association to address their grievances with parent company Restaurant Brands International Inc. have filed an $850 million class action lawsuit against the company, the fast food operator is trying to intimidate its restaurant owners and force the franchisees who formed the group out of their restaurants.

“This shows a predatory franchisor at its worst and it suggests (RBI) is taking a juvenile approach towards Canadian law,” he said. “It seems that they don’t understand the difference between a franchisee and an employee.”

It is not an easy legal road for master franchisors to take back healthy franchises, Stewart added.

I was pleasantly surprised to find out how discerning Superior Court Justices are about the David and Goliath, predatory  nature of franchising.

How many of the 25,000 Syrian refugees will become cannon fodder to the franchise industry via government guaranteed liar loans?

I have defined Big Franchising and the role of industry enablers elsewhere.

Click here to watch a 45 minute expose called 7-Eleven: The Price of Convenience.

The highest levels of national government known full-well for decades that wage theft is largely responsible for the extraordinary ROI that is achieved by franchisors such as Mr. Withers and Ms. Barlow.

How efficient and effective are the best franchisors in using their franchisees’ store investments?

Of the investment resources they attract, do they use them effectively or are they squandered?

I chose some of the more “blue chip” of the U.S.-based systems and chased down their 2013 FDD (thank you the state of Wisconsin).

Opportunism is when someone in a position of advantage, uses that position against another. In franchising, the situation that the franchisor controls the store’s sunk cost investment, can be exploited. A very good test of opportunism is: If the ownership of the assets were reversed, would the alleged “opportunist” likely change their decision?

While the 5 systems grew by 4,342 new stores (adding +$6-billion to franchisors’ coffers), there was also a loss of 1,738 stores or $2.5-billion of franchisee store investment that left the industry.

Measured from the best practice level of Dunkin’ Donuts, there is some very large variation in these systems as they purport to take care of “other people’s money”.

Losing over 40% of the invested capital in 4 years? It seems the franchise industry is a bit of a leaky bucket.

Kudos to the states of California, Wisconsin, Minnesota, Washington, and soon-to-be New York for their online repository of franchise disclosure documents.

Where will the real “fat” be trimmed at Tim Hortons: the head office or on franchisees’ bottom lines?

…Mr. Diaz Sese, who has law and business degrees and previously worked for French sporting goods retailer Decathlon, is moving from Singapore to Oakville, Ont., to take the Tim Hortons job, the company said last month.

Mr. Fisher said the new CEO, Mr. Schwartz, is part of a new breed of young leaders in the food service industry. “He’s got a reputation for cutting the fat and running lean operations.”

Yes, 3G Capital cut head office costs at Burger King in that takeover in 2010. But they had also had many corporate stores to sell for a quick cash hit.

This time, there are almost no Tim Hortons corporate stores to sell.

Why do franchisees stay in a money-losing ventures much longer than an independent business person would?

It’s because of the actual nature of franchising.

Specifically the sunk cost investment dilemma that manifests itself in franchisor opportunism.

For the franchisee, the most significant economic feature of franchising is the allocation of capital investments. Franchisees are distinct from ordinary employees because they have made capital investments in the business. These investments, however, are normally highly idiosyncratic, meaning that a large fraction of the franchise assets often have a greatly diminished value if employed in another line of business. Consequently, the costs of establishing a franchise are effectively sunk costs, which, once expended, are not easily recovered if the franchise goes out of business.

Sunk costs play an important role in creating the incentives that operate within an established relationship. This is best understood by considering the difference between fixed costs (overhead or up-front costs) that are sunk and those that are recoverable. For example, consider a business in which a variable cost of production has increased dramatically, so that the highest price in the business can charge for its product covers only the marginal cost of producing it, leaving nothing to contribute to fixed costs. Although the business can cover its variable expenses, such as wages and ingredients, it is making negative profits because it has nothing left over on its investment in overhead assets. If the business can resell these assets to recover its fixed costs, then the business can raise its profits to zero by shutting down and selling off the assets. If, however, these assets are sunk assets, then, by definition, their sale will not recover their full cost; shutting down will still leave the business with negative profits. If the business has any revenue left after paying variable costs to defray the cost of these assets, the profit-maximizing decision is to continue to operate, instead of junking the assets entirely and losing the whole investment. The key difference is that a business with recoverable fixed costs will shut down as soon as it shows losses, employing its capital more profitably elsewhere. A business with sunk costs, on the other hand, will continue to operate even though it has never recovered its investments in fixed costs, and it will not shut down until the amount it is losing exceeds what it would lose by simply abandoning the investment. [my emphasis]

Just as the risk of free-riding makes control a central concern for the franchisor, the risk that franchisors will extract sunk costs makes opportunism a central concern for franchisees. These concerns meet head on: Where franchisors seek to expand their control, franchisees seek to erect boundaries. In some circumstances a franchisor’s decision to require increased advertising by franchisees, for example will reflect a legitimate exercise of franchisor control to overcome free-riding. But in other circumstances, it will reflect only opportunism.

Many decades of very profitable franchisee relationships can

turn on a dime

when the franchisor decides to exercise their discretion in a more self-interested way.