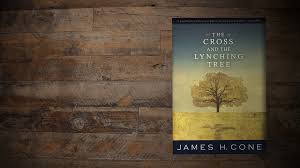 Mine is a most peaceable disposition. My wishes are: a humble cottage with a thatched roof, but a good bed, good food, the freshest milk and butter, flowers before my window, and a few fine trees before my door; and if God wants to make my happiness complete, he will grant me the joy of seeing some six or seven of my enemies hanging from those trees. Before death I shall, moved in my heart, forgive them all the wrong they did me in their lifetime. One must, it is true, forgive one’s enemies– but not before they have been hanged.

“Anything, Roman Catholicism, Buddhism, LSD, I’m for anything that works,”: Cohen on the means of spiritual seeking.

The new record opens with the title track, “You Want It Darker,” and in the chorus, the singer declares:

Leonard Cohen at home in Los Angeles in September, 2016. Photograph by Graeme Mitchell for The New Yorker

Hineni is Hebrew for “Here I am,” Abraham’s answer to the summons of God to sacrifice his son Isaac; the song is clearly an announcement of readiness, a man at the end preparing for his service and devotion. Cohen asked Gideon Zelermyer, the cantor at Shaar Hashomayim, the synagogue of his youth in Montreal, to sing the backing vocals. And yet the man sitting in his medical chair was anything but haunted or defeated.

“I know there’s a spiritual aspect to everybody’s life, whether they want to cop to it or not,” Cohen said. “It’s there, you can feel it in people—there’s some recognition that there is a reality that they cannot penetrate but which influences their mood and activity. So that’s operating. That activity at certain points of your day or night insists on a certain kind of response. Sometimes it’s just like: ‘You are losing too much weight, Leonard. You’re dying, but you don’t have to coöperate enthusiastically with the process.’ Force yourself to have a sandwich.

“What I mean to say is that you hear the Bat Kol.” The divine voice. “You hear this other deep reality singing to you all the time, and much of the time you can’t decipher it. Even when I was healthy, I was sensitive to the process. At this stage of the game, I hear it saying, ‘Leonard, just get on with the things you have to do.’ It’s very compassionate at this stage. More than at any time of my life, I no longer have that voice that says, ‘You’re fucking up.’ That’s a tremendous blessing, really.”

The informal franchisee leaders. The organizers. The “white knights”.

When the class-action fraud sausage explodes, You can’t really blame the lawyers for pandering to your lack of wholeness, wisdom, and confidence.

What is the Canadian Franchise Association doing to protect the 1,100 CDN franchisees and 96,000 employees at Tim Hortons?

Tim Hortons is a member of the CFA. The CFA’s Code of Ethics says that their members’ should treat each other with fairness.

Tony Martin former ON MPP and MP made certain recommendations from his experiences during the public hearings which led to Ontario’s 1st franchise law.

The CFA is advising the Conservative government on proposed changes to provincial laws governing franchise agreements. But the association is under fire from hundreds of its own members for its indifference to their complaints, the NDP Critic for Consumer and Commercial Relations said in the Legislature today.

“The CFA has been of no help to many hundreds of entrepreneurs who lost their shirts in shoddy franchise deals,” Martin said. “Instead of taking the CFA’s advice this government should be sending in ministry staff to thoroughly investigate this association’s failures.”

Martin raised the case of Brenda Hope, a mother of two from Coldwater who lost $90,000 as a Chemwise Inc., franchisee. For more than a year, the CFA has refused to look into Hope’s complaints, although it endorsed Chemwise as a member.

Similarly, the CFA has refused to accept a registered letter from Bulk Barn franchisees who have a series of complaints against the franchisor. Martin was also refused when he tried to deliver the letter. The Sault Ste. Marie MPP called on Consumer and Commercial Affairs minister Bob Runciman to act now to protect small businesspeople.

“Perhaps the minister can convince the CFA to live up to its responsibilities to mediate franchise disputes. If he can’t, we need a full-scale probe of this group. It’s the least we can do for hard-working families who lose everything in dubious franchise deals,” Martin said.

The MPP has proposed his own legislation, Bill 35, that is far tougher than the government’s Bill 33. The Martin Franchise Bill would require full-disclosure of franchise contracts, a dispute resolution mechanism, the right to associate and the freedom to source products outside of the chain when not trademark related.

Also: Martin’s questions directed to the CFA during their Mar 2000 expert witness testimony.

The highest quality work in franchising (as in any activity) is done for free by maladjusted volunteers.

It certainly’s been my experience.

If you don’t take money, they can’t tell you what to do. That’s the key to the whole thing.

Franchising can be seen as a journey from innocence to experience.

A death and a birth (both). It’s good to have a model once the inevitable pain arises.

Wikipedia: The repetitive lyrics are believed to have a connection with mythology. The song describes the ferryman as “the hooded old man at the rudder,” and seems to connect to the classic image of the Grim Reaper, a hooded being (usually a skeleton) who leads lost souls to “the other side,” also a lyric in the song.The ferryman demanding his payment is also similar to the Greek ferryman of the dead, Charon. He demanded an obolus (coin) to ferry dead souls across the River Styx. Those who did not pay were doomed to remain as ghosts, remaining on the plane of the mare, the restless dead. Therefore in former cultures coins were laid below the tongues of dead persons.

Psychopomp [guide of the souls]: In Jungian psychology, the psychopomp is a mediator between the unconscious and conscious realms. It is symbolically personified in dreams as a wise man or woman, or sometimes as a helpful animal. In many cultures, the shaman also fulfills the role of the psychopomp. This may include not only accompanying the soul of the dead, but also vice versa: to help at birth, to introduce the newborn child’s soul to the world (p. 36 of). This also accounts for the contemporary title of “midwife to the dying,” which is another form of psychopomp work.

The arrival of chaos should be regarded as extremely good news.

Chögyam Trungpa Rinpoche (1939 – 1987) was a Buddhist meditation master and holder of both the Kagyu and Nyingma lineages, the eleventh Trungpa tülku, a tertön, supreme abbot of the Surmang monasteries, scholar, teacher, poet, artist, and originator of a radical re-presentation of Shambhala vision.

Recognized both by Tibetan Buddhists and by other spiritual practitioners and scholars as a preeminent teacher of Tibetan Buddhism, he was a major, albeit controversial, figure in the dissemination of Tibetan Buddhism to the West, founding Vajradhatu and Naropa University and establishing the Shambhala Training method.

A Warrior: If you are a warrior, decency means that you are not cheating anybody at all. You are not even about to cheat  anybody. There is a sense of straightforwardness and simplicity. With setting-sun vision, or vision based on cowardice, straightforwardness is always a problem. If people have some story or news to tell somebody else, first of all they are either excited or disappointed. Then they begin to figure out how to tell their news. They develop a plan, which leads them completely away from simply telling it. By the time a person hears the news, it is not news at all, but opinion. It becomes a message of some kind, rather than fresh, straightforward news. Decency is the absence of strategy. It is of utmost importance to realize that the warrior’s approach should be simple-minded sometimes, very simple and straightforward. That makes it very beautiful: you having nothing up your sleeve; therefore a sense of genuineness comes through. That is decency.

You were taught to hate yourself

But can you hate just yourself?

What about the more vulnerable in your family.

Your spouse and kids.

You have the right to squander their lives by not resisting?

This goes for franchisees as well.

What has our franchisor ever given us?

Running some meetings are more difficult than others.

It is in the long run that the corporation lives. 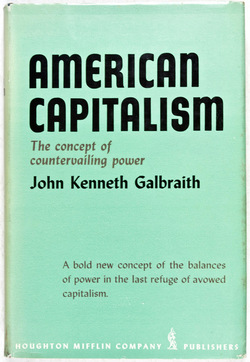 His analysis is useful in viewing franchisee and franchisor relationships.

The massive reduction in risk that is inherent in the development of the modern corporation has been far from fully appreciated.

In the assumption that power belongs as a matter of course to capital, all economists are Marxians.