The “Rosa Parks of Poland” dies in airplane crash 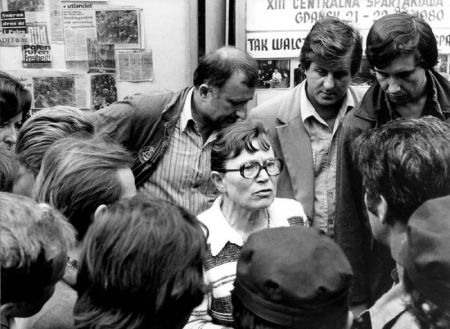 the U.K. Guardian reports in Anna Walentynowicz, whose sacking led to the rise of Solidarity:

Anna Walentynowicz who died, aged 80, in the Smolensk plane disaster was the woman who began one of Poland’s most significant postwar events – the Gdansk shipyard strike in 1980 that led to the formation of the Solidarity trade union and, ultimately, the collapse of communism.

Every franchisee advocate I know has been despised by most everyone. Especially their “peers”.

A Polish free trade unionist it was her sacking in August 1980 that provoked the strike at the Lenin shipyard in which more than a million workers would eventually be involved.
Despised by the shipyard’s management, later in her working life she would be segregated from other employees for her actions. The crisis would come, however, when the management finally moved against her in August 1980, firing her a few months before she was due to retire.

It was this clumsy action that led to the strike, which occurred in the midst of a period of profound political and economic problems for the Communist regime. The consequence of that action, led by then electrician Lech Walesa, was the emergence of Solidarity and also the Gdansk Agreement, which saw the government give in to the workers’ demands for a new social contract. Within two years the union would have 10 million members.

AP reports that she saw herself this way: I was the drop that caused the cup of bitterness to overflow.

One person makes a majority.

A beautiful post on the That’s how the light gets in bog.