As I mentioned before, Right to Associate is the “game changer” for intelligent groups of Canadian  franchisees.

TORONTO — Tim Hortons franchisees who created an association to address their grievances with parent company Restaurant Brands International Inc. have filed an $850 million class action lawsuit against the company, the fast food operator is trying to intimidate its restaurant owners and force the franchisees who formed the group out of their restaurants.

“This shows a predatory franchisor at its worst and it suggests (RBI) is taking a juvenile approach towards Canadian law,” he said. “It seems that they don’t understand the difference between a franchisee and an employee.”

It is not an easy legal road for master franchisors to take back healthy franchises, Stewart added.

I was pleasantly surprised to find out how discerning Superior Court Justices are about the David and Goliath, predatory  nature of franchising.

The informal franchisee leaders. The organizers. The “white knights”.

When the class-action fraud sausage explodes, You can’t really blame the lawyers for pandering to your lack of wholeness, wisdom, and confidence.

Annual meetings are supposed to be an opportunity for shareholders to communicate to management.

Exterior of the Tim Hortons coffee shop at the corner of Scott St. and Wellington St. East is photographed on March 3, 2017. (Fred Lum/The Globe and Mail)

“Tim Hortons franchisees who traveled to Tim Hortons’ parent company Restaurant Brands International (RBI) annual shareholders meeting in Oakville, Ontario, Canada yesterday were in for a shock. CEO Daniel Schwartz, in an apparently highly unusual move at RBI or any other publicly held company, did an end run around them and ended the meeting without entertaining questions from anyone in the audience.

“I’m astounded,” John James (J.J.) Hoey, a franchisee in Mississauga and an organizer of the Great White North Franchisee Association, said later. The association was formed in March to speak for Tim Hortons restaurant owners and raise concerns about the effects of RBI’s cost-cutting.

…In an interview later, Mr. Schwartz said the company is in “constant dialogue with our restaurant owners. We’re always willing to speak with them.” — Marina Strauss, The Globe and Mail

But apparently not publicly at the shareholders meeting, for one.

…Peter Sklar, retail analyst at BMO Nesbitt Burns, said he was surprised RBI didn’t take questions from shareholders. “It’s unusual for investors not to have the opportunity to question management during the annual meeting,” he said. “I’ve never seen that before.” — Strauss, The Globe and Mail

Information is much, much more valuable to franchisees than any franchise law will ever be.

Start the dialogue, record the franchisor’s every move and retain that information through successive ownership changes.

Start educating  your members in the two businesses they run: the store and the franchise relationship.

I started WikiFranchise.org in Feb 2009. I keep it open although most wikis are closely held.

Those with a greater command of the information, wins every time.

What is an independent franchisee association?

Properly organized, even a small number of franchisees (6 to 12 of 1,000) can defend themselves extremely well.

Every franchisor knows that franchisees using the latest communication devices (see example) and the internet, can make even the most ruthless vulture capitalist turn tail.

An independent franchisee association is NOT:

Without specialized training and experience, no franchisee has the time to learn what will and will not work.

It starts at some franchisee’s kitchen table with 2 other franchisees and me.

A man in debt is so far a slave. 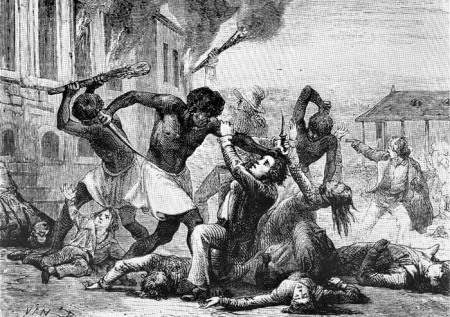 When there is an Independent Franchisee Association present, most people figure that members are best split into two camps. Those that are:

[This mindset is the greatest obstacle to effective advocacy, btw.]

The only real, relevant differentiating factor is:

The behavior of franchisees has much more to do with their perceived debt load (v. than their character).

With enough debt, any saint becomes a sinner.

Sterns’ warning: Don’t do a half-assed job on disclosure reviews

Ontario’s 35,000 lawyers should consider themselves warned.

This is not just outstanding peer-to-peer legal advice (which it is: both carrot and stick) but it’s also crucial information for all current Canadian franchise investors.

The benefit of collective franchisee action has never been more justified.

Lawyers should allocate sufficient time and charge a sufficient fee to permit a proper document review and reporting to the client. Otherwise, they should decline the retainer.

Lots of implications for the general and franchise Ontario bar.

But, hey, huge importance for the 40,000 ON investors in a current franchise relationships who are organized. Disclosure requirements are not just for the entering but whenever a material change happens to the relationship (ie. during, at renewal: any time a material or “significant” franchisor decision is made).

Did you get proper disclosure documents the last time your franchisor decided to change the rules in the middle of the game?

These are the business risks I assigned and that appear in the WikiFranchise.org entry:

This is an important article that I will visit again.