Communications designed to persuade mislead and damage you using untruths and half-truths is called propaganda.

Franchising trade magazines and trade shows influences potential franchisees to see franchising (in relation to independent business) as lower risk and higher success. Banks write their booklets in a very pro-franchise manner. McDonald’s success and its use as a bell weather (“the McDonald’s of the poo-collection industry”) primes candidates to attribute success where none exists.

Neither of these “truths” is true but that’s irrelevant. By the time the candidate franchisee is looking the low risk/high success bias is part of their DNA. They’ve created a stereotype.

As the scientifically-based research indicates, just looking at words associated with either youth or old age influence how you behave.

What kind of chance do you think you have at a trade show or a franchisor’s open house when every tiny detail is controlled for a positive sales effort? No one’s brain is very good at defending against these extremely powerful persuasion trick and traps. The technology of franchising is the science of neutralizing your defenses and then when the financial loss happens, re-assigning blame from these techniques to you (ie. On Cooling the Mark Out).

You’re a kid again once the lizard brain takes over

Under pressure, you recognize the bully’s voice.

And time melts away.

Are franchise bankers running a peep-show, a clip joint?

Read Franchising Opportunism and you judge. The horrendous losses on unregistered guaranteed government loans are self-financed on inflated appraisals.

A clip joint or fleshpot is an establishment, usually a strip club or entertainment bar, typically one claiming to offer adult entertainment or bottle service, in which customers are tricked into paying money and receive poor goods or services, or none, in return.

Typically, clip joints suggest the possibility of sex, charge excessively high prices for watered-down drinks, and then eject customers when they become unwilling or unable to spend more money. The product or service may be illicit, offering the victim no recourse through official or legal channels. Wikipedia

The process by which banks create money is so simple that the mind is repelled. John Kenneth Galbraith

See Canada Small Business Financing Program and U.S. SBA 7a Loans [and UK and France and…]

Race, class & a Belief in a Just World

If you believe in a just world, you are a vulnerable class. 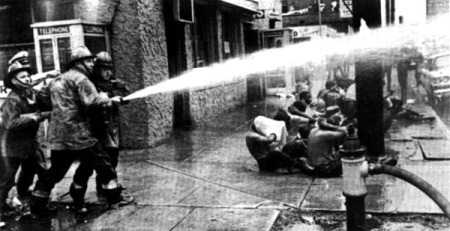 You were screened for this psychological trait as a candidate, socialized to identify with your jailers (authority, Stockholm syndrome) and excreted when the dough ran out.

My experience and training suggests that running a franchise provides the same type of mental conditioning that happens in total institutions (ie. patient in a mental health hospital, recruit in military basic training, life on a naval vessel) without any form of appeal.

Many former franchisees see their time as a franchisee as they would imaging doing time in prison would be like. Most will confidentially talk openly of being mentally tortured. Many require significant mental health intervention to recover some degree of normalcy. Even years after their experience, the mere mention of their experiences triggers the strongest emotional response possible, many of which revolve around shame.

Dr. Meerloo’s insights ring very true to me as a former franchisee and provide tremendous hope because they use a quantifiable and scientific approach rather than a one-dimensional, ad hominem attack- and shame-based legal view. 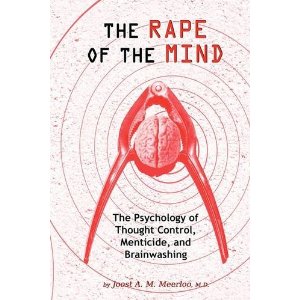 The Rape of the Mind: The Psychology of Thought Control, Menticide and Brainwashing (free online), Joost A. M. Meerloo, M.D., 1956

In Book: It is Dr. Meerloo’s position that through pressure on the weak points in men’s makeup, totalitarian methods can turn anyone into a “traitor.” And in The Rape of the Mind he goes far beyond the direct military implications of mental torture to describing how our own culture unobtrusively shows symptoms of pressurizing people’s minds. He presents a systematic analysis of the methods of brainwashing and mental torture and coercion, and shows how totalitarian strategy, with its use of mass psychology, leads to systematized “rape of the mind.” He describes the new age of cold war with its mental terror, verbocracy, and semantic fog, the use of fear as a tool of mass submission and the problem of treason and loyalty, so loaded with dangerous confusion…

The first two and on-half years of World War II, Dr. Meerloo spend under the pressure of Nazi-occupied Holland, witnessing at firsthand the Nazi methods of mental torture on more than one occasion. During this time he was able to use his psychiatric and psychoanalytical knowledge to treat some of the victims. Then, after personal experience with enforced interrogation, he escaped from a Nazi prison and certain death to England, where he was able, as Chief of the Psychological Department of the Netherlands Forces, to observe and study coercive methods officially.

In this capacity he had to investigate not only traitors and collaborators, but also those members of the Resistance who had gone through the utmost of mental pressure. Later, as High Commissioner for Welfare, he came in closer contact with those who had gone through physical and mental torture. After the war, he came to the United States, where his war experiences would not permit him to concentrate solely on his psychiatric practice, but compelled him to go beyond purely medical aspects of the problem.

As more and more cases of thought control, brainwashing, and mental coercion were disclosed…his interest grew. It was Dr. Meerloo who coined the term menticide, the killing of the spirit, for this peculiar crime.

This is a beef cow. Its ear is tagged to assign accountability if a steak kills someone.

Franchisees are not tagged, counted or valued in Ontario.

In all legitimate commercial activities,  If you want something you better count it. Can you imagine anybody not counting money in a bank? An auto industry without ISO standards?

Why should a government care about what an industry says when the elite refuses to maintain an independent, transparent method for tracking their franchise investors success or failures? This is particularly interesting when the Canadian Franchise Association, CFA suggests that they represent both franchisors AND franchisees which begs the fundamental existential agricultural question:

What half-assed farmer doesn’t bother to count their stock even though they have all the resources in the world to do so?

Mr. Cynical Bastard: It’s all about the flesh trade being passed off as a milking operation.

How anyone can legislate when there are zero credible quantitative measures to go by, is beyond me. The 1998 stats define the term “wonky”: the CFA simply takes the numbers the IFA commissions and divides them by “10” to Canadian-ize them. * This is the basis for overseeing/ignoring 40,000 (?) Ontario familys’ life savings.

* notwithstanding the fact that the U.S. has roughly 100 times Canada’s GDP and that there were, allegedly, 5,000 new lawsuits per year in Ontario  in 1998. 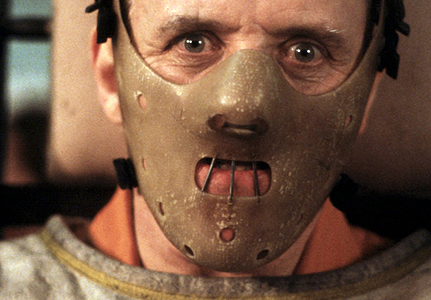 Listen to a good Dr: Robert Hare says you should avoid subcriminal psychopathy and, if forced to deal with animals, keep them on a very short leash. That heaviness you’re feeling comes from a close encounter with what has been traditionally defined in Western society as evil.

As the majority of smart Ontario capitalists know after 4 decades of highly-publicized fraud:

Don’t rent any unilaterally changeable business model where your success or failure is never counted by anyone (eg. don’t fly on an airplane if a publicly accountable count of accidents is suppressed by the the airline trade association).

Double that when the “experts” want to trap in an ironclad  zero-sum situation (you lose, someone else wins) created by your own life savings (sunk cost).

The technology for dealing with franchising’s smell has changed.

Musing: #3 works on the rhetorical principle that Thomas Carlyle suggests…

If you do not wish a man to do a thing, you had better get him to talk about it; for the more men talk, the more likely they are to do nothing else.

People need to think of themselves as unmanaged, independent and free, if they are to be controlled with maximum success.

Bullshit baffles brains: A deception. To put on such a good show the inspector is so impressed (s)he won’t bother with a detailed check or to question anything.