Advocates are made by predators.

I owe my franchisor, Nutri-Lawn, a lot.

He continues to contribute by writing on Blue MauMau.org where his comments ring true.

Why does Blue MauMau exist?

To make people give up.

To humiliate. To ridicule. To scapegoat.  To shame.

Remember: the problem is not corruption or greed. The problem is the system that pushes you to give up. Beware not only of the enemies. But also of false friends who are already working to dilute this process.

Franchisee venom regenerates in toxicity and volume at an exponential rate 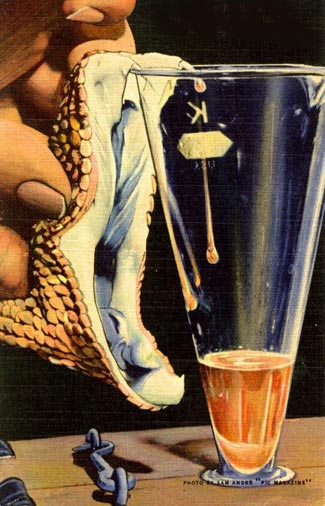 When the misrepresentation sausage explodes, so does their lawyering careers. Same as Advisory Councils, attorney-captured franchisee associations, franchisor social media monitoring…I could go on and on.

Past attempts to ghettoize a dehumanized, visible minority have failed in the end (ie. Venetian ghetto).

A recent Ontario appeal court decision is very important for every Canadian franchisee.

First time ever. Read it here:

Suddenly the economics of pleading good faith has tipped significantly in franchisees’ favour, not just in Ontario but beyond Canada as well..

You do the math of the aggregate value of a group or class action lawsuit.

You still need protection against choosing the wrong attorney but great news this fall.

Attorneys provide services that economists classify as credence goods which are quite susceptible to fraud.

Franchisee attorneys sometimes act on their own self-interest because only the elites know the game and they mostly keep their mouths shut. After the confidentiality agreements are signed, there is very little danger of client complaints.

Here is one perspective on the U.S. Quiznos class action lawsuit settlement process that resonates.

The lawyers for both sides colluded to end the case in a manner that got the franchisees nothing; cost the franchisor nothing other than its legal fees (because the debt written off was worthless anyway); the “benefits” to the franchisees are illusory and valuless; the judge would sign off on anything just to clear the case from his docket so long as he had some/any piece of paper in the record saying that the franchisees were getting real value; and they found a valuation “expert” with a degree in alchemy.

NAH! THEY WOULDN’T DO THAT.WOULD THEY?

Richard Solomon has over 40 years of franchise law experience in the United States and his Franchise Remedies site is an important resource.

The technology for dealing with franchising’s smell has changed.

Musing: #3 works on the rhetorical principle that Thomas Carlyle suggests…

If you do not wish a man to do a thing, you had better get him to talk about it; for the more men talk, the more likely they are to do nothing else.

People need to think of themselves as unmanaged, independent and free, if they are to be controlled with maximum success.

Bullshit baffles brains: A deception. To put on such a good show the inspector is so impressed (s)he won’t bother with a detailed check or to question anything.

Does Blue MauMau provide just a cynical illusion of debate?

One of the ways you control what people think is by creating the illusion that there’s a debate going on, but making sure that that debate stays within very narrow margins. Namely, you have to make sure that both sides in the debate accept certain assumptions, and those assumptions turn out to be the propaganda system. As long as everyone accepts the propaganda system, then you can have a debate.

Three or four people talking at each other does not constitute much of a community.

Franchising loves veterans because of their ability to get into debt 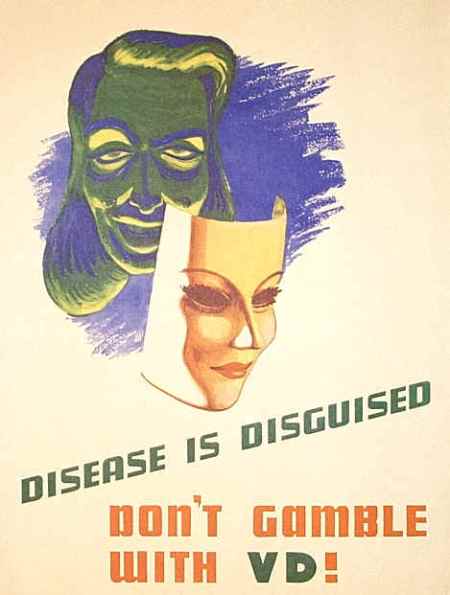 Deadbeat systems can be disguised as sweethearts very easily.

Veterans should be very careful.

Oscar P. Hoot on Blue MauMau spells out why returning service people should just say no: During the credit crunch, franchising needs veterans.

A top leader in the franchise industry… has told me that the recent push by franchisors to reach veterans is less about patriotism and more about going after a market that has available money during the deepest credit crunch and recession since the Great Depression.

Lenders are favoring veterans to finance because of their access to financial programs that favor them. The rest of America is having a much harder time getting financing to start a business. And franchisors know that.

Want to gamble with your life savings?

Vets: Franchising wants your money. It needs your money. But be forewarned, trusting in authority is not a virtue in buying a business. And not having a background in buying and running a businesses makes you an easier mark in selecting a bad business in an industry that the buyer is not acquainted with. The consequences of being easily persuaded to buy bad businesses is that veterans can lose their house, surrender their possessions, and put tremendous financial tension on their marriage.

That would be a very poor welcome home for a soldier. Of course, one might get lucky.

Many veterans find their pensions being used to prop up abusive franchise relationships. 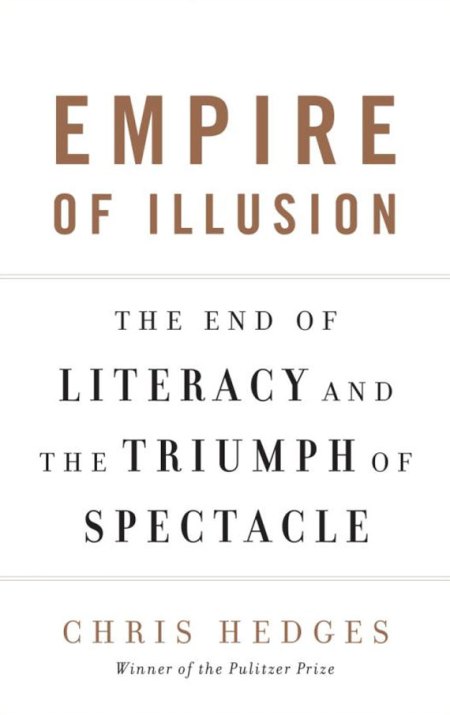 The title caught my eye.

Is franchising an empire built on brand-induced self-delusion?

If it is, then it appears to be just one in our post-modern world where any means justify the economic ends. So says a Pulitzer Prize winner, anyway.

The first chapter (The Illusion of Literacy) starts off with a bang. A quote from one of my favourite thinkers, John Ralston Saul that I’ve mentioned before (1., 2., 3., & 4.).

I especially like his contrary opinions about expertise: see Experts? We don’t need no stinkin’ professionals. Franchise law is an example of the hollowed-out perfection of the expert literate man.

Hedges lifts this quote from Saul’s 1992 book, Voltaire’s Bastards: The Dictatorship of Reason in the West:

Now the death of God combined with the perfection of the image has brought us to a whole new state of expectation. We are the image. We are the viewer and the viewed. There is no other distracting presence. And that image has all the Godly powers. It kills at will. Kills effortlessly. Kills beautifully. It dispenses morality. Judges endlessly. The electronic image is man as God and the ritual involved leads us not to a mysterious Holy Trinity but back to ourselves. In the absence of a clear understanding that we are now the only source, these images cannot help but return to the expression of magic and fear proper to idolatrous societies. This in turn facilitates the use of the electronic image as propaganda by whoever can control some part of it.

Again: …the use of the electronic image as propaganda by whoever can control some part of it.

Case in Point: A new television show named How’d You Get So Rich? features, of all players in this drama, a franchisee attorney (YouTube). This “news” is then picked up the industry-financed social media apologists, not just once, but twice.

Nothing says sincere, honest and authentic in both a visual and journalist sense, as the two words together: Joan Rivers. Celebrity spokespeople have been used in franchising brand management for a long time but sometimes it’s a double-edged sword.

Is this a too cynical interpretation of this type of modern myth-making?

I wonder what the majority of mom-and-pop franchise investors would like to say to Mr. Zarco? Is he their champion of the underdog? Does his story reflect this people’s:

An inspiring story on a marketing and franchising level.

And personally, to me anyways.

Blue MauMau is like a laboratory that provides knowingly inaccurate readings.

How a problem is framed influences very much the potential treatment and outcome. Humans anchor on a conclusion, often inaccurately and that can be used against them.

The cheapest form of dispute resolution is to plant the seeds of hopelessness early on.

I have tried to provide honest reviews personally, here and at WikiFranchise.org in the last 11 years.

I cannot say the same for Blue MauMau (BMM) anymore.

I was absolutely pleased by the range of and depth of discussion at first on BMM. It seemed to offer real hope for a forum of real change.

Over time, I had a gut feeling that things were not what they appeared. I have contributed less and less over time as my private concerns grew.

I first asked on FranchiseFool, Is Blue MauMau Crooked? in September 2008.

The purpose of BMM is to confuse and misdirect the real causes of franchise failure.  Some directly (Dale Nabors, Bob Frankman, GBeany) shout down any new ideas on a digital platform while others act as apologists. The “blame the victim” mantra is unimaginative. The false near-religion that “pre-sale due diligence can look forward enough to predict and prevent franchisor opportunism” is an insult to any thinking former franchisee.

At best, the attorneys are silent when directly questioned. All three of them don’t seem to have their heart in it anymore.

BTW: Saying that you cannot earn legal fees in a certain jurisdiciton and are therefore somehow less biased is a moronic argument which is notable for its lack of assurance that: I receive $0 for any views or efforts made associated with BMM. What they offering is not legal opinions at all: a legal relationship (fiduciary duty, solicitor:client) does not and cannot exist because their is no contract between the internet reader and the lawyer.

The result is a thin gruel of half-truths, faulty rhetoric, thought-terminating clichés, and political science, served up to cool out the marks by producing a “hopeless situation“: for both individuals and groups of investors.

In big industry new ideas are invited to rear their heads so they can be clobbered at once. The idea department of a big firm is a sort of lab for isolating dangerous viruses. Marshall McLuhan

Maybe the originator of the phrase global village may know a thing or two about how technology is resisted by a dinosaur industry and the profitable delay by its social media contractors.

It is certainly not the first activity that has been captured by a U.S. $1-trillion industry that defends itself by any means available. But I may be entirely wrong in my conclusion that BMM is a digital house negro.

I am happy to debate anyone, anytime, in any credible forum.