What advice might Taleb give the CDN Target and Tim Hortons franchisees who are thinking of “lawyering up”?

Someone once called me franchising’s black swan. 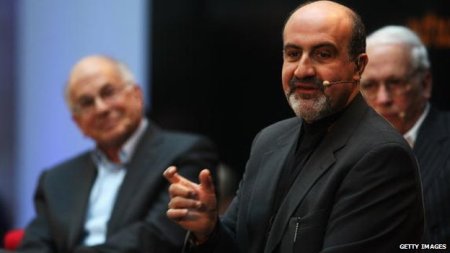 In science, you need to understand the world; in business you need others to misunderstand it.

What does Nassim Nicholas Taleb define as a “sucker”:

The sucker’s trap is when you focus on what you know and what others don’t know, rather than the reverse.

Suckers think you cure greed with money, addiction with substances, expert problems with experts, banking with bankers. economics with economists, and debt crises with debt spending.

We favor the visible, the embedded, the personal, the narrated, and the tangible; we scorn the abstract. What they call “risk” I call opportunity; but what they call “low risk” opportunity I call a sucker problem.

I have no pecuniary interest in these schmozzles, only a few friends and their staff that I care about.

You are rich if and only if money you refuse tastes better than money you accept.

A clever animation that mentions Subway but is universal.

Spot on for the United States and fundamentally accurate for Canada and any other country.

The purpose of life is to be defeated by greater and greater things.

If franchising defeated you, that’s a very good thing. 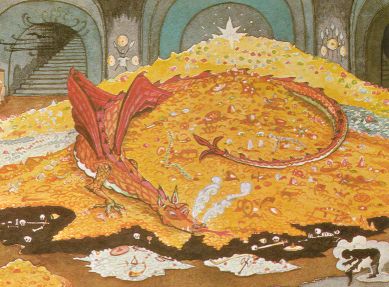 Realizing that it’s all bound together, is an important very big defeat/win.

The birth of a distinct people is an isolating and troubling process.

How could we we forget those ancient myths that stand at the beginning of all races – the myths about dragons that at the last moment are transformed into princesses. Perhaps all the dragons in our lives are only princesses waiting for us to act, just once, with beauty and courage. Perhaps everything that frightens us is, in its deepest essence, something that wants our love.

So you must not be frightened if a sadness rises before you larger than any you have ever seen, if an anxiety like light and cloud shadows moves over your hands and everything that you do. You must realize that something has happened to you;  that life has not forgotten you; it holds you in its hand and will not let you fall. Why do you want to shut out of your life any uneasiness, any miseries, or any depressions? For after all, you do not know what work these conditions are doing inside you.

Abuse tests your definition of a friend

If trust gets shattered by a betrayal of, say,  +30 years of loyal service to a company, our belief in ourselves is shaken.

Look to those that have gone down that road before. Help others and in that generosity, grace will heal you.

Upon reflection, many franchisees consider their experiences a violation of their fundamental human rights. While the most obvious one, the one always mentioned in even the weakest franchise law (right to associate) there are several others, principally, violations of the right to enjoy free speech.

If franchising is to “get back” there must be a technology that assists in recognizing and treating this violence. It’s called restorative justice.

The Truth and Reconciliation Commission (TRC) was a court-like restorative justice body assembled in South Africa after the abolition of apartheid. Witnesses who were identified as victims of gross human rights violations were invited to give statements about their experiences, and some were selected for public hearings. Perpetrators of violence could also give testimony and request amnesty from both civil and criminal prosecution. Wikipedia

Canada is working on another for their indigenous peoples.

Franchisees are both a distinct and indigenous people. Ontario had a form of it at the public hearings that preceded the Arthur Wishart Act (Franchise Disclosure) in 2000.

Statesmanship: A first step is the state acknowledging that systemic abuse happened and they themselves were a part of the problem. Not the individual politician or civil servant: but that, for their part, a predatory environment was tolerated and enabled that caused family violence to flourish in franchising. This is called leadership.

Public hearings may be an appropriate response.

The most technologically efficient machine that man has ever invented is the book.

…writers are not acts of God; they come out of specific communities and are the individual points where those communities have become articulate.

Franchisees are distinct, with a proud and unique perspective.

More than twenty years of unswerving devotion to our common cause may give me some humble claim to be trusted at this momentous crisis. I will not argue. To do so implies hesitation and doubt, and you do not hesitate. You do not doubt.

The day dawns; the morning star is bright upon the horizon! The iron gate of our prison stands half open. One gallant rush from the North will fling it wide open, while four millions of our brothers and sisters shall march out into liberty. The chance is now given you to end in a day the bondage of centuries, and to rise in one bound from social degradation to the place of common equality with all other varieties of men. Men of Color, To Arms!

Social proof: “Fitting in” as a franchisee serves somebody’s interests

Behaviour is influenced much more that that we commonly think.

Bob Cialdini suggests a very useful model in his Science of Persuasion.

Social proof is a central one used in franchising. What our peers believe to be true is very persuasive to us.

a psychological  phenomenon that occurs in ambiguous social situations when people are unable to determine the appropriate mode of behavior. Making the assumption that surrounding people possess more knowledge about the situation, they will deem the behavior of others as appropriate or better informed. Wikidpedia

“Normal” in franchising is initially set by the franchisor for their newbie.

Another “Weapon of Influence” (authority) helps the franchisor orient the new franchisee to a subservient, look-to-Big-Daddy mentality.

However, this new “normal” is eroded as franchisees become more experienced. It all seems to go one way.

Sharing information between peer franchisees defuses the power of social proof and authority as behaviour-modifying techniques.

Canada is a Distant Warning System for the American experience. 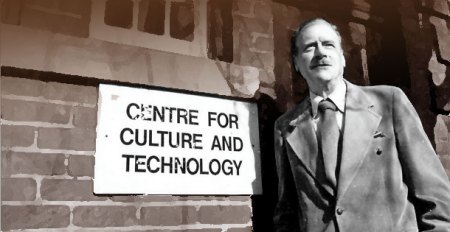 Franchising is a technology that changes people and things.

Any technology tends to create a new human environment… Technological environments are not merely passive containers of people but are active processes that reshape people and other technologies alike.

You mean my whole fallacy’s wrong?

A free people walks and talks to whomever they choose

Individual human rights and freedoms are not negotiable anymore.

Former franchisees are a distinct people: different but equal.

Everybody knows: Even the most confidence-shaken, when they look in their partner’s eyes.